As per a study by Assocham-Forrester, the E-commerce sector in India is expected to cross a revenue of ₹ 12,000 crores by 2020. It is also said that post the GST, the ease to do business would be greater as the companies would have clarity on the treatment of the e-commerce transactions and uniformity on the taxes levied. Today we bring you our opinion on how the GST has impacted the E-commerce business in India.

1. What is the impact of GST on tax policy across states?

In the earlier scenario, before GST came in; e-commerce suppliers had to keep in mind the state wise taxation rules of the different products they deal in. This is because the same product is taxed at different rates in different states. However, due to ambiguity in the model of e-commerce business, some products were imposed multiple taxes. Some states also imposed entry tax on the goods that were sold online in their states.

With the advent of GST; all goods and services will fall under a specific tax bucket which is uniform across the nation, irrespective of whether they are sold online or offline. Hence this brings in greater reach to customers across the nation from a supplier stand point.

2. What is the concept of mandatory registration under GST?

Suppliers who had low turnover or whose turnover does not cross the threshold limit did not have to register themselves under the previous tax regime. This led to sale of products at lower prices as compared to registered dealers. The registered dealers also had to complete various compliance tasks such as maintenance of detailed accounts and filing of tax; all these tasks were not needed for unregistered suppliers.

Under the regime of GST, all e-commerce suppliers must register under GST irrespective of whether their turnover is crossing the threshold or not. This automatically means they must abide by the compliance tasks of maintaining accounts and paying monthly taxes. This is however perceived to be unfair by e-commerce suppliers, as a rule, is different for suppliers making supplies through physical stores. For the later, registration is required only on crossing the threshold limit along with paying the tax on composition basis until their turnover crosses the threshold limit of ₹ 50 lakhs.

Also, suppliers who have their online portal do not come under the scope of e-commerce and hence need to register only if their turnover crosses the threshold limit. Hence the need is to inculcate discipline in maintaining records and timely payment of taxes.

3. Can I opt for composition scheme with turnover lower than the threshold?

The answer is NO!! Under the new GST regime, as an e-commerce supplier, you must register as regular dealer and follow the compliance activity which will, in turn, increase the cost as you will have to file return and pay tax on monthly basis. The rule was however lenient under the previous VAT regime, where suppliers with turnover less than ₹ 50 lakhs could opt for composition scheme where they would pay tax on a smaller percentage of their turnover and pay on a quarterly basis depending on the state they work from.

4. How does the GST impact the cash flows for an E-Commerce Business?

We would like to consider a real time scenario to explain as to how the cash flows would be impacted. As we all know the E-Commerce business operates on very thin margins. Once a sale is initiated the e-commerce operator collects the money from its customers and pays to the supplier after he has deducted its commission. Let’s take an example where we compare the cash flows in the pre-GST era and the post GST reform.

Let’s assume Sony’s products are listed on ABC Ltd, and DHP Ltd is the registered supplier for them. Now, for instance, DHP supplies a Tablet worth ₹ 16,800 (VAT inclusive) on 25th March 2017.

*Assuming the commission to be ₹ 350 in the market.

Now under the GST reform, the E-commerce supplier would face some significant challenges.

The tax deducted at source (TDS) (2% by operators) as in, in the GST reform the operators (ABC Ltd in this case) are liable to collect the tax on the supplies made using their platform and then pay the remaining amount to the supplier (DHP in this case). Now let’s take the previous example to see the difference:

*Assuming the commission to be ₹ 350 in the market.

Hence the amount paid to the supplier by the e-commerce operator is ₹ 16,150 after deducting the TCS. Hence if the entire monthly impact is to be analyzed on the supplier, there is an amount of cash that would be held for 35-40 days until the tax is returned via the ITC (Input tax credit).

The ITC that would be available to the e-commerce suppliers will be solely dependent if the vendors are compliant. The tax paid by the supplier on the purchases can only be availed if the vendor has filed the monthly returns on purchases and has made full payment as of the tax due date. In case where the vendor fails to file the tax and be fully compliant, the e-commerce supplier would lose the ITC that he would be eligible for.

Hence the e-commerce suppliers should be considerate enough to know whom to choose as their vendors.

A guy from the family of commerce background. Having practical experience in the field of taxation, accounting, corporate laws. He is a commerce graduate and pursuing CA (Final). Jatin is responsible for exclusive interviews and opinion based articles about the GST.
Website: http://thegstnews.com/
Posts created: 45 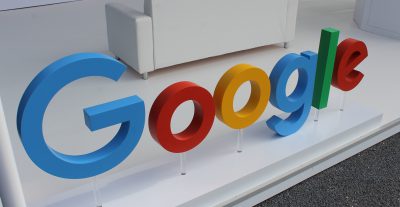